I’m pretty into soccer. I played soccer all of my adult life, except when injuries got in the way. I’m a massive Seattle Sounders fan. And I love the global sport.

But I’d like to take a moment to curse FIFA. If you don’t hate FIFA, you should; they’re inconceivably corrupt. If you haven’t seen it, start with John Oliver’s 2014 take-down of the organization. And for this year’s cup, FIFA apparently decided to set the standard by which all corruption and hypocrisy should be measured by awarding it to a renowned, global soccer power, Qatar. Here is a chart I developed to describe historical performance of countries in the World Cup. If you squint hard and look all the way to the right, the truly observant among you may note that Qatar has never appeared at the World Cup. 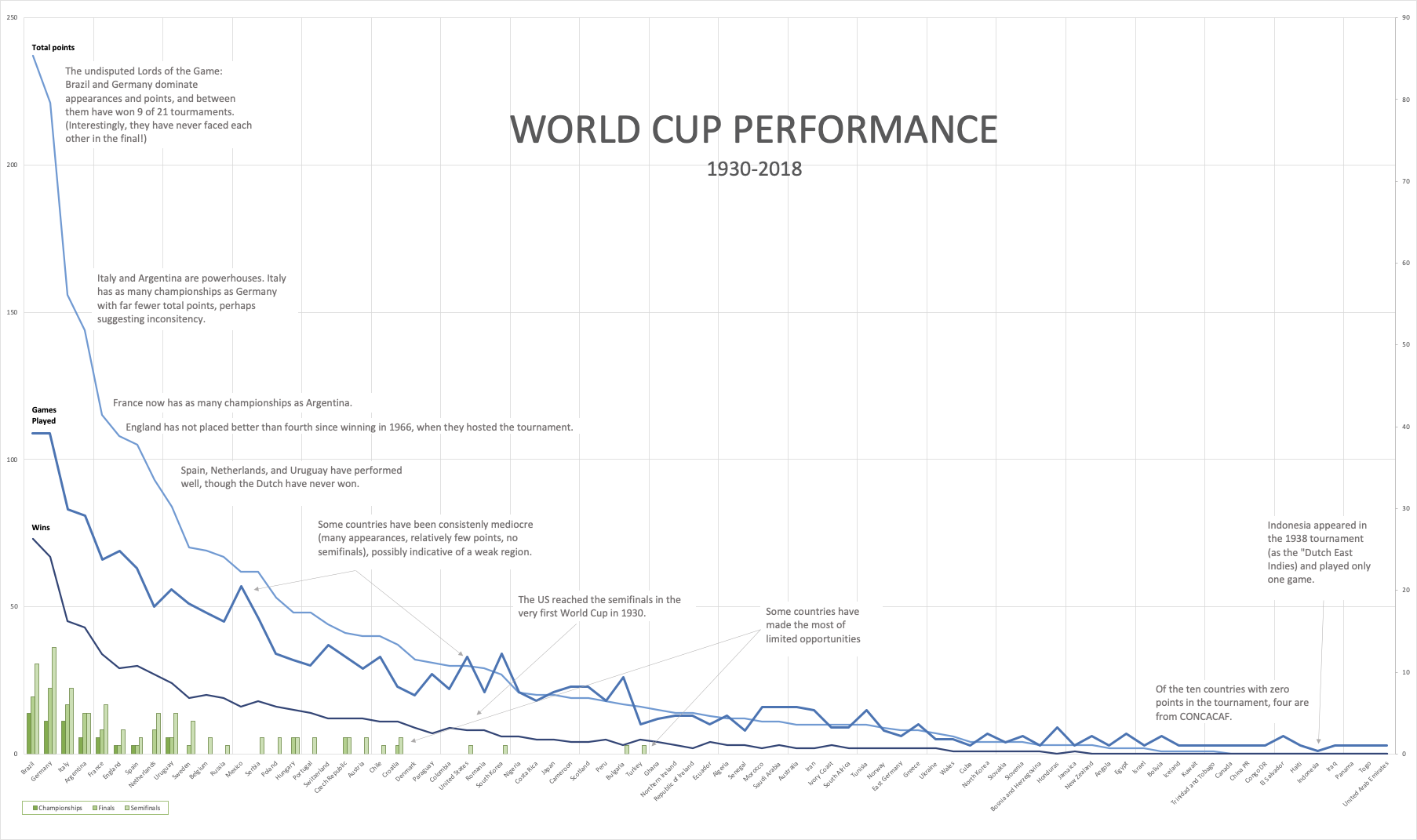 I really like this graph; it shows a lot of information pretty densely (though you may have to open it in another tab and zoom in to read the country names). My Brazilian and German friends seem to like it a lot too, I’m not entirely sure why.

Anyway, let’s go USA! This year for sure!