Once upon a time, there was a group of scientists studying a troop of lowland gorillas. There was nothing particularly notable about the study, the scientists, or even the gorillas. I don’t even know what they were studying.

Lowland gorillas are have a wider range than their mountain cousins; they wander seeking plants and insects to munch. In their wandering, this particular troop stumbled upon an open glade around a hill, and at the top of this hill sat an empty oil can. 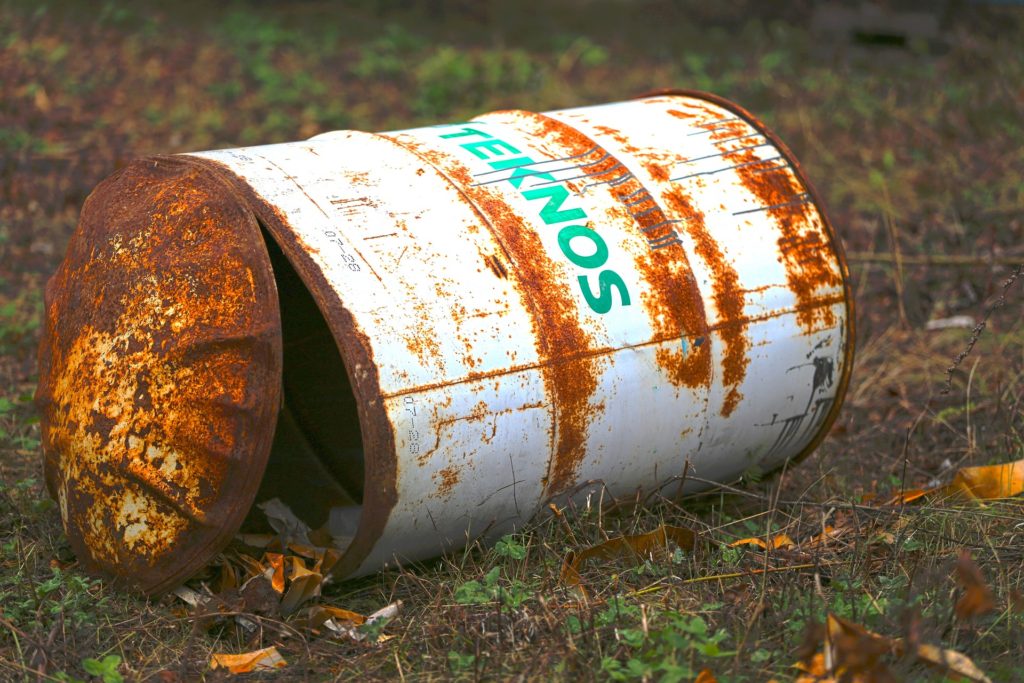 It’s important to bear in mind that gorillas have a fairly strict social structure, and in each troop there is only one “silverback” – only one mature, breeding male… in casual parlance, the “alpha.” There may be a few younger males around, usually on the fringes. But the silverback ape acts as the troop’s leader. He defines the troop’s territory and has breeding rights to any adult females in the troop. He also determines aspects the troop’s routine, such as feeding times, diet and sleeping times. He’s in charge.

And the silverback for this particular troop wasn’t interested in the oil drum. It wasn’t food, it wasn’t an adult female, it wasn’t a useful tool. The drum wasn’t, in short, particularly interesting.

Curiosity is a Good Thing

But one of the younger males decided to check it out. After a while he got bored, and because it’s what kids do, he picked the oil drum over his head and hurled it down the hill.

Which produced, as you may have anticipated, a significant amount of noise. Which startled and terrified the rest of the troop, including the silverback.

Thrilled with the effect, the juvenile scampered down the hill, carried the drum back to the top of the hill, and hurled it down once again. Screaming for dramatic effect, I like to imagine. Noise! Drama! Screaming! Do it again!

By the end of the day, the juvenile had chased the silverback out of the troop. His only actual claim to dominance was his ability to make nose; his only actual talent was hurling an oil can down a hill. Yet there he was, determining sleeping times…. feeding times… diet… breeding rights. Because he could make more noise than the other apes.

Volume is not Reason

One common aphorism at Amazon is that “exhaustion is the worst way to make a decision.” We try not to get so tied into defending a position that we stop listening to one another. We seek to understand those who disagree with us; we try to use data to break ties. We recognize when decisions are “two-way doors” that we can walk back and change our minds. We try to create a deliberative environment. We don’t seek consensus, necessarily, but we try to make sure all positions are explored. We try not to waste time locked in passionate disagreement.

Perhaps you are in an organization where someone decides to take over a conversation, to get their way through volume. In my experience it’s usually volume of words; restating their position, or someone else’s opinion, repetitively, over and over, emphasizing what they’ve already said, but without adding any new insight or clarity. Repeating themselves as though someone at the table hasn’t heard and understood them the first few times they said it. Just doing so can make gullible people believe they must be important, and what they’re saying worth listening to – because why else would they be comfortable talking that long? Worse, still, the volume is sometimes decibels. Perhaps you’ve been in a meeting where people literally scream at one another the top of their voices. Because if they can shout their opponent down, they win!

Without exception, this type of behavior sets the group back. At minimum it wastes time. But it sucks air out of the room and serves to reduce opportunity for people with less influence to participate. Even if all that is happening is that someone is being repetitive, it can result in important insights not being aired, degrading the ability to make decisions.  So it usually results in short-sighted decisions, self-serving decisions, or bad ones. Worse, if it’s decision by decibels, the behavior can drive good people out of the room, and ultimately out of the organization. What’s left are usually either facile, weakened thinkers – or similarly screeching simians.

The Consequences of Weak Leadership

The juvenile’s gorilla’s victory was short-lived, inevitably. He wasn’t really ready or suited to lead the troop. And he didn’t want to wander too far from his oil drum, the source of his power. So teh food in the area quickly thinned. And eventually another troop wandered into the area. Although not generally aggressive, a silverback male will display aggressive behavior toward other males, especially those of another troop. And the silverback of the encroaching troop wasn’t impressed with the oil drum.

For deep understanding, there is no alternative to debate and discussion. However, the goal of the conversation must be to seek clarity: we debate  to discover what is right, not who is right. Volume is a paltry substitute for insight.

So when I hear about this type of behavior, I trot out this story.

Strange apes standing on hills distributing oil cans is no basis for a system of government. Oil cans bouncing down a hill are not strength. And we should never make a decision because someone in the room has learned how to make noise.