You may have played the game “Set”: 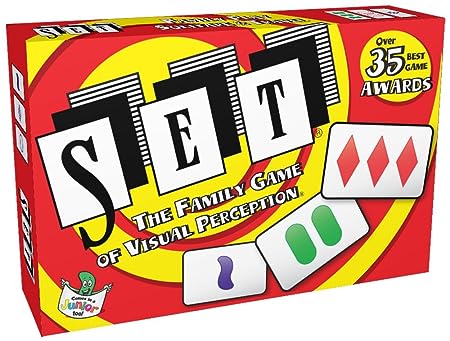 Invented in 1974, Set has a simple goal: to find special triples called “sets” within a deck of 81 cards. Each card displays a different design with four attributes—color (which can be red, purple or green), shape (oval, diamond or squiggle), shading (solid, striped or outlined) and number (one, two or three copies of the shape). In typical play, 12 cards are placed face-up and the players search for a set: three cards whose designs, for each attribute, are either all the same or all different.

This “largest collection of with no set” is known mathematically as a “cap set.”

I’m not enough of a mathematician to understand the actual proofs here, but three things occur to me as I read the Wired article:

I love it when simple things – a card game that’s been around since the seventies! – lead to deep insights. It may not seem important to know how big the largest set of dissimilar cards is, but thinking about it led to insights in matrix algebra, which is at the heart of many machine learning algorithms. Fundamental changes in what we understand matters, even if the topic is innocuous and arcane.